A year here and he still dreamed of cyberspace, hope fading nightly. All the speed he took, all the turns he`d taken and the corners he`d cut in Night City, and still he`d see the matrix in his sleep, bright lattices of logic unfolding across that colorless void…;The Sprawl was a long strange way home over the Pacific now, and he was no console man, no cyberspace cowboy. Just another hustler, trying to make it through. But the dreams came on in the Japanese night like livewire voodoo, and he`d cry for it, cry in his sleep, and wake alone in the dark, curled in his capsule in some coffin hotel, his hands clawed into the bedslab, temperfoam bunched between his fingers, trying to reach the console that wasn`t there. 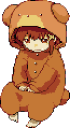